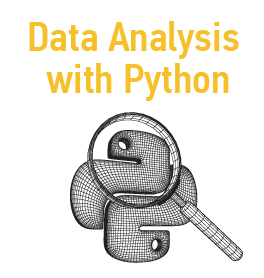 You might be aware the Python’s potential in the job sector and game-changing role in the latest technology. With the below-discussed reasons, you won’t be asking why should I take Python training in Cyprus so much as how can I get started with Python this week.

Take a look at the below-discussed reasons why learning Python is significant:

Like peers Ruby, Java and JavaScript, Python skills lead to lucrative career goals. Over the years, the value of Python has seen significant growth; but as compared to Ruby, Python stands out as a job-market winner for its versatility. The future of any programming language depends on its application and efficacy. Python works favorably in both of these areas which enhance its market value.

Are you feeling intimidated by coding? Or asking yourself whether coding is good for you? Whatever the case, Python is a good starting point. This programming language is specifically developed with user-friendliness in mind. Its syntax resembles closely English than its peer programming languages. This language enforces the whitespace rule which results in cleaner code that looks less overwhelming to the eye.

Python is well-known as the Swiss Army Knife of coding. As a programming language, it isn’t picky when it comes to platforms. This language works well on Windows, Linux and macOS. The application possibilities are simply unlimited. It’s perfect for data mining, and some game development purposes. Python programmers will never get their skills to be pigeonholed.

Data science is perhaps the hottest career field in 2020 and Python is going along. You might be wondering what’s data science in the first place. In a nutshell, data science is the alchemy of technology by taking an enormous amount of data and spinning it into golden information. Businesses translate that information into creative solutions to problems that they might have been unable to pinpoint. If you learn Python, you can hold the keys to success in this sector. It can be able to handle vast sets of data and can handle big business dilemmas.

Sometimes coding gets a bad rap for appealing to logical sets of skills. But that could not be more wrong. Creative people enjoy using Python for its amazing game graphics and capability to generate new images by using deep learning. Python programming language combines the meticulousness of coding with right-brained artistry – the best of both worlds.

Joining Python training in Cyprus at SCP Academy allows you to accomplish related coding tasks. You will acquire fundamental notions or techniques used in object-oriented programming and give the primary way to open a career path to becoming a developer.

What Makes IT Certification Courses Essential!

Why Do You Take MTCNA Training in Cyprus?